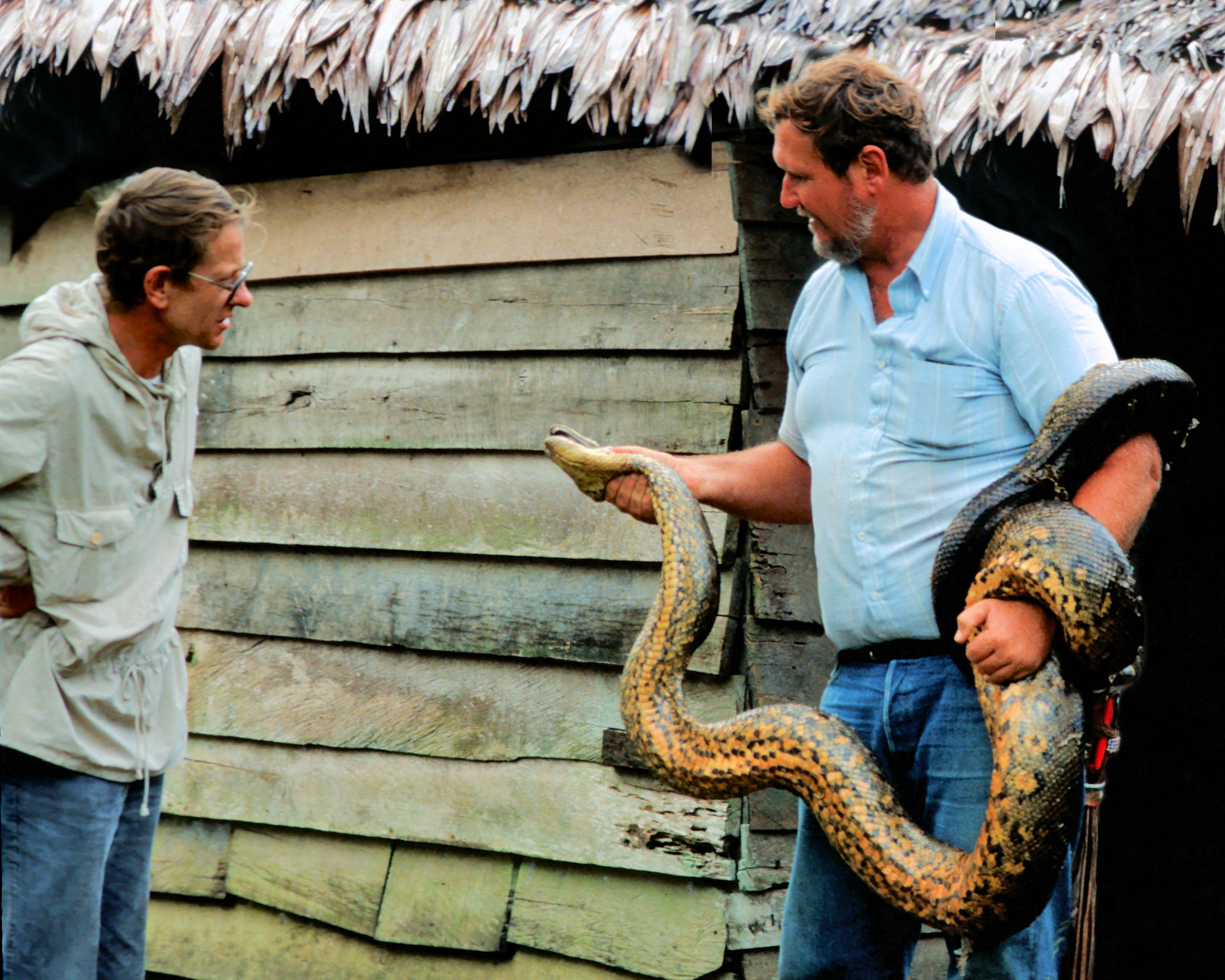 Franz Gruber (L) with author in the Peruvian Amazon, 1991.

“Where the heck is Dennis?” teachers at Edgewood Elementary in the 1950s exclaimed, when they discovered that, once again, he’d slipped off the recess field into the woods to look for snakes! His dad constructed a sturdy snake cage, which his teachers allowed him to keep outside the classroom window, to encourage his curiosity.

A high school summer job with a wild animal importer cemented his resolve to become an explorer and animal collector. He worked in a venom production laboratory in Costa Rica, then spent the next ten years traveling through thirteen countries in the Caribbean, across Mexican deserts, Central American jungles, the Venezuelan cloud forests, and Lost World.

He became a noted collector of reptile specimens for zoos, institutions, and private collectors. Then, in 1976, he gave up snakes, which shocked several of his colleagues and pleased others but surprised everyone. His adventures continued around the world when exotic plants became the focus of his obsession. His story is one of passion, dedication, and perseverance. Of danger filled years, surrounded by nature’s glory, steeped in adventure, that echoed with laughter, into worlds few have privilege to see.

The author spent a lifetime exploring the jungles, mountains, and deserts of the world’s tropics pursuing exotic plants. He established Tropiflora, LLC in 1976, a world-renowned plant nursery in Sarasota, Florida. Recognized as a world authority on bromeliads, he has lectured worldwide on their habitats, culture, and conservation. His plant discoveries are many, three bromeliads carry his name, and many of his discoveries grace herbaria, botanical gardens, and private collections across the globe. He is still active and well-known in the world of natural history.